Thank-you for visiting Big Mountain Photography where the Varanasi, India adventure concludes with a visit to 5-6 Ghats and the River Ganga. The Ghats’ uniqueness is the foundation of Varanasi’s strong character.  If you plan on visiting India, please place this city on the top of your list planning a 2-3 day minimum stay.  You will not be disappointed.  Good Luck

High pressure washing away the hardened silt back into the Ganga River only to return next year.

Side Note: In July – August each year, the Monsoon floods rise the water level on the Ganga River 12-14 m higher than what I experienced. There is another ~10m drop to go until the steps rising out of the water revealing the true shoreline.

So every year after the monsoon flood resides, the work of high pressure washing the hardened silt from the Ghat’s steps begins with the cycle repeating year after year as it has for years gone by.

Link to Part I, Intro

1) Fuji GF670 Medium Format Camera, Yes Film: These stairs rising from the Ganga River were the most colorful of all.  A fresh paint job in time for the full moon festival the day after I left where 100,000s of people converge.

4) Here the family of deceased purchase their wood for the cremation with prices varying on quality and weighed with simple a counterbalance scheme.  Appears the previous buyer had ~80kg of wood purchased visually the weights’ size.

5) This wall mural struck me immediately as a symbol of death and rebirth at the Cremation Ghat, 1 of several.  A good candidate for a Tatoo Artist.

6)  Not sure what these Mexican Standoff between two diagonal men, but it did create the leading line I was looking for.

7) A view from afar of this Cremation Ghat as it’s not appropriate to take photos up close.  Some people did after paying the local operator yet not for me.  I did see a YouTube video where there are photographers (with a small p) whose job it is to take close up photos of the deceased for the family.

8)  Another view of Cremation Ghat from the Ganga River with a telescopic lens showing one fire ends, one fire underway and another fire starting.  So is death along the Ganga.

9) A view upstream along the Ghats in the early morning mist.

10) A Ganga Riverboat waiting for its next voyage.

11)  The Laundry Ghat with freshly washed clothes from the Ganga River (hand scrubbed and rock-pounded) set to dry on the open steps.

12) The evening Ganga Aarti in sepias.  A must see event.  There are two simultaneously Aartis underway and adjacent to one another.   I viewed it from off shore on a rowboat yet will try it on shore next time.

13)  Another close up of the Ganga Aarti.

14) Early morning cleansing of the soul and body on the Rive Ganga.

15)  Another view of the Laundry Ghat from off-shore.

16) Chinese tourists / photographers shooting their big gun Canons and Nikons.  I just had a little Fuji X-Pro2 to compete. 🙂

17)  Cremations continue 24×7 at this Ghat.  PS I did take a photo of a dead, bloaed cow left to float off-shore on the Ganga.  So is life, so is death here.

18) A Fish-Eye view fo the boats along the Ghats of River Ganga.

19) A morning River Ganga ritual repeated over the 1000s of years past and years to come.

21) Fuji GF670 Medium Format Camera, Yes Film: A fresh coat of paint and he’s ready for the 1000s of tourists descending the steps of the Ghats looking for the special boat ride on the Ganga.

Welcome back to Big Mountain Photography where my photographic journey continues with my re-introduction into medium format film.  This is an update from my first post on getting back to film.

I’d appreciate your patronage in following via email alerts, i.e. FOLLOW button RH side.  Note: You can right-click to “open the image in another tab” to view in a larger size / resolution, right-click to download if you heart desires…  your call.

The FIND Lab did an excellent job providing feedback on my exposure, contrast, … the look especially on how to manage Fuji Pro 400H film to bring in contrast.  This is valuable customer service at a small incremental cost as I would have never known this small yet important tidbit.

Here is their feedback on my first roll of film:

Your basic plus scans for invoice 53061 are ready for download!

This roll looked really nice! Fuji 400H tends to be one of the more neutral film stocks, and if you consistently prefer warmer tones you may want to give Portra 400 a shot. We typically recommend rating 400H at 100 ISO for best results (it’s quite light hungry and does best overexposed by 2 stops).

These were slightly flat but we were able to re-establish some contrast in scanner (these were scanned on the Noritsu which gives us a good amount of control over contrast). I’d recommend overexposing a bit more to provide higher contrast in the negatives if you still find these a little flat.

Overexposure is particularly important when working in overcast conditions as the available light is more limited. Your exposures were very consistent from frame to frame. You had a few frames that were slightly soft. If you find this continues to be an issue I might recommend a bright screen (sometimes the focusing screen on these film cameras can become difficult to use, and a bright screen can make a huge difference).

Please let us know if you have any questions, and thanks so much for choosing the Findlab!

Welcome back to Dashan Sheying, where film is reborn today.

Given today’s digital progression, one could say digital has caught up with 35mm – okay maybe.  Yet not to 120 Medium  Format or larger unless you’re made of money for the big bucks for an MF Hasselblad, Mamiya Leaf, PhaseOne, … and the new Fuji GFX 50S coming in 1Q17.

“The Song Remains the Same (LZ)” as the appeal for me of an image shot with film is “The Look” as it is for other die-hards after all these years.  I’m one of those who admires the non-homogenous grainy look and all the detail, tonality, print size…

So today I received my first processed and scanned 120 film roll of Fuji Pro 400H in 6×7 aspect ratio from The FIND Labs.  Processed in LR with Mastin Labs Presets followed by the Zone System Express by Blake Rudis then finished off by a John Tuttle inspired framing scheme (still learning to find my Right Brain).

My first five rolls experienced multiple mistakes and errors on my part, yes I make mistakes (or as they now say learning opportunities).  Okay, I accept this; so stand up,  shake off the dust and move on.  Here’s a listing of my initial thoughts:

** Film Usage: Watch and use the tape from the roll to seal after exposed.   Had to place exposed film rolls into the original pouch. Hmmm.

** Operating: Watch out on closing with PeakDesign buttons

** Operating: Return focus to infinity prior to closing.

**Focus: Use of a monopod / ballhead. Tried it, much better.

– Cleaning: Blow out / dust off interior and exterior after use, changing film too.  Bring blower.

** Carrying: Works fine carried inside my ONA bag without a sling/shoulder strap.  Use the X-Pro2 strap when required.

** ISO: For a new roll be sure to double-verify the ISO and change it on camera. (Shoot a 100 ISO film in 400 ISO.  Okay so I need to push development 2 stops. Better to overexpose film than underexpose)

– Shutter: Get a feel for the stroke and/or of click as there is absolutely no sound nor tactile feel

– Exposure: Try spot meter in Zone 3 for shadow details for an 18% Gray manual setting then move up two stops for Z5.

Not as many keepers as I hoped for yet with the above adjustments, I’m shooting for 100% keepers.

1)Street Portraits are my first love and in South India they ask me to take their photo.  Love it.

2) Blocks of ice (Rs250 each) being delivered to the Fishing Vessels as they ready themselves for sea including 500-1200 liters of diesel.

3) In the end it’s all about The Fish, i.e the smell of money for these Tamil Fishermen. 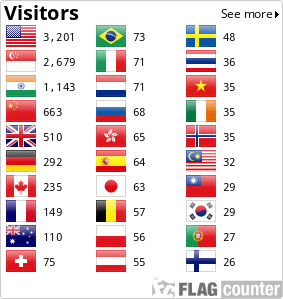